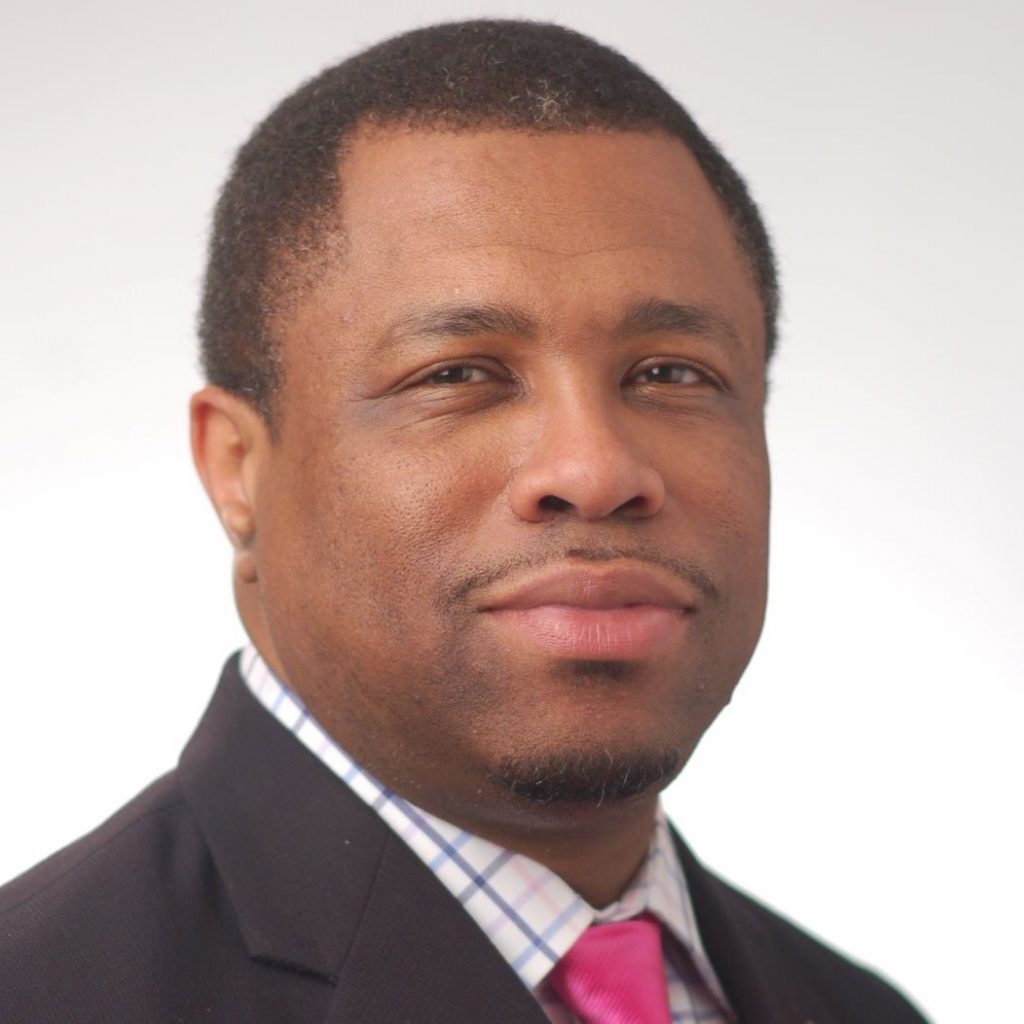 I chose to get involved with WPCS for two reasons.  I am passionate about the need for quality public education because it can be an equalizer in addressing race and ethnic disparities.   I also committed to improving my  neighborhood and community.  I live in close proximity to the school and hope to see WPCS become an anchor institution in Woodlawn/Gwynn Oak.

Eric N. Ford – originally from Virginia and a graduate of Hampton University with a B.A. in Sociology (1993), and a Post Baccalaureate Certificate in the Nonprofit Sector from UMBC, has more than 25 years of experience in the Human Services field in the Baltimore metropolitan area.  Eric is currently working for the Shriver Center at the University of MD – Baltimore County as the Director for The Choice Program at UMBC.  Eric is responsible for leading the planning, development and the outreach efforts of The Choice Program with overall oversight of internal programmatic and financial processes.  Eric partners with his leadership team to promote a strengths based organizational culture through active personnel management and a commitment to anti-racist programming in the community.

Eric successfully completed the Board Pipeline Project through Associated Black Charities, which led him to serve as a board member of Wide Angle Youth Media for one year. He was also a “Career Mentor” for young adults in low wage positions through Associated Black Charities. Since being with the Choice Program, Eric has overseen an intervention program aimed at reducing race and ethnic disparities.  Specifically, Choice was charged with increasing attendance,  reducing in-school arrests, suspensions and expulsions in several Baltimore City Schools. Eric also led in the coordination efforts of five community based youth call to action rallies in partnership with the Marguerite E. Casey Foundation’s Equal Voices campaign.  In December of 2016, he was asked to participate in the Consultative Session on Leadership Development for Emerging Social Sector talent by the Annie E. Casey Foundation.

Eric recently completed the Personal Leadership and Project Management course at UMBC and has been appointed Chair of the Maryland State Advisory Group, a division of the Governor’s Office of Crime Control and Prevention.  Eric is also a member of the newly formed Maryland state Juvenile Justice Reform Council